The Canada goose is a large wild goose species with a black head and neck, white patches on the face, and a brown body (see photo on right). The black head and neck with a white “chinstrap” distinguish the Canada goose from all other goose species, with the exception of the cackling goose and barnacle goose (the latter, however, has a black breast and gray rather than brownish body plumage). 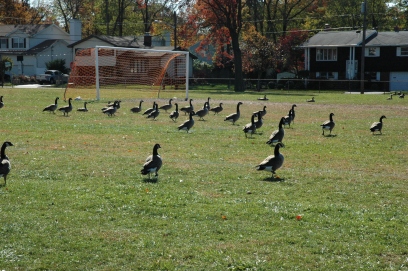 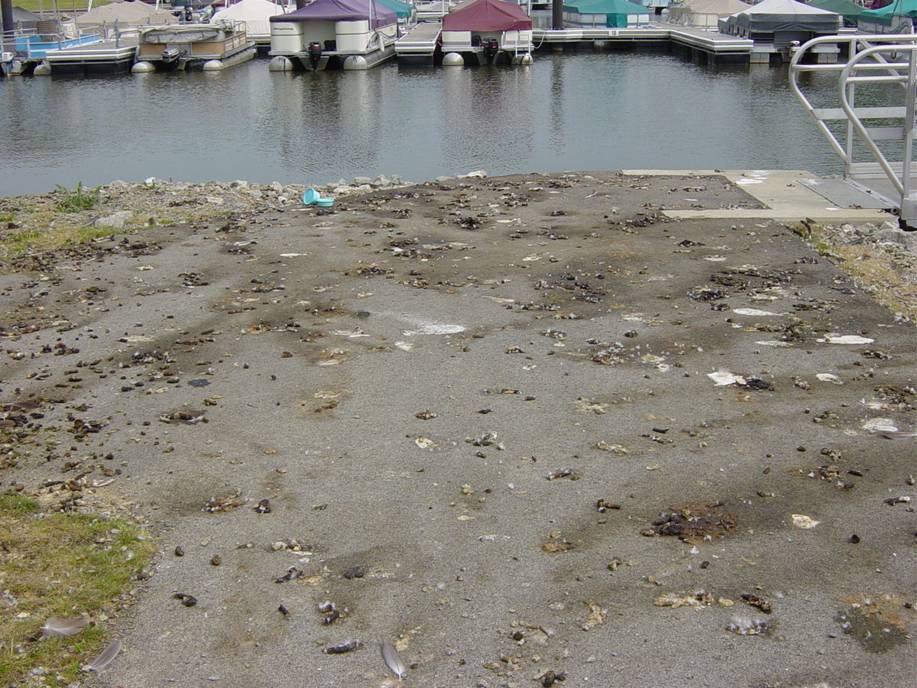 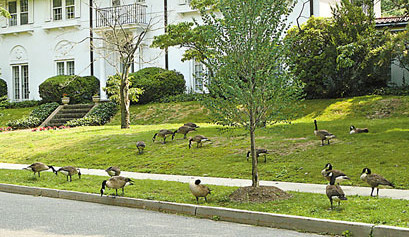 Damage Geese will Cause:

Resident Giant Canada Geese (Branta Canadensi Maxima) have become a major concern across the United States.  Resident Canada geese populations have exploded in urban and sub-urban areas across Pennsylvania.  Damage caused by resident Canada geese to public property such as lakeshores, riverbanks, golf courses, athletic fields, cemeteries, etc. and private property such as industrial facilities, office complexes, housing developments, golf courses, etc. has been severe. The cost of cleaning up feces, the  threat of disease transmission and aggressive behavior have been the leading concern for residents, and public land managers.  No single method of control is full proof.  However, implementing a combination of effective techniques at the proper time is imperative to creating a successful management program.

Fecal contamination is the most common Canada goose damage complaint. Some studies have shown that geese can leave droppings every six minutes while feeding. In addition to the unsightly aspects of fecal matter on public walkways and in children’s  play areas, the accumulation of feces may cause increased levels of fecal coliform bacteria in the water, which could result in closure of public swimming and fishing areas. Studies of urban-suburban populations have implicated Canada goose feces in the eutrophication of small ponds and lakes, as well as the contamination of school yards, parks, boating and swimming areas, and the possibility of disease transmission to humans from direct contact with fecal material or contaminated water.  Campgrounds and parks are left empty because of high volumes of fecal contamination.  Municipal authorities are adding more chemicals to drinking water to alleviate high nutrient levels in your drinking water.  Canada geese defecate at least once approximately every six minutes.  That equates to approximately one pound of feces from each bird every day!

11 sub-species of Canada Geese currently occupy North and South America.  The largest species, Giant Canada Goose Branta Canadensi Maxima, thought to be extinct until rediscovered in Minnesota in the late 1960’s, is the species that causes the most concern.

Efforts to re-establish the Giant Canada Goose in its native habitat in the Midwestern United States have been so successful that many birds have been translocated from areas where high populations have become a nuisance to areas outside the original breeding range of the species. The result has been an expansion southward of the natural range that now includes areas of suitable habitat throughout the United States.  Many of these populations have lost their migratory instincts and have become established as

permanent year-round residents in areas where they previously had occurred only in winter. The rapid increase of local breeding populations in many areas has caused management difficulties for many land managers.  Canada goose populations in urban areas have been increasing during the past 50 years are currently a problem in many urban areas in 37 states, where their populations range in size from several hundred to more than 27,000.

Canada geese mate for life and tend to nest near water. Their nests are built of sticks and grass and lined with down feathers. Average clutch size is 4 to 7 eggs with incubation for 28 days.  Goslings are precocial with parent protection until they fledge. Young Canada geese grow quickly and can usually fly within 70 days of hatching. They imprint on the area where they are hatched and are likely to return there to produce young of their own. Approximately one third of the young survive to adulthood. Survival rates increase in urban areas where they are protected from most predators and hunting is limited.  Geese can live for approximately 20 years.

Canada geese are primarily grazers, feeding on grass and crops. During the summer months when most damage occurs, they are attracted to the succulent new shoots of grass growing on lawns, golf courses, and public parks.